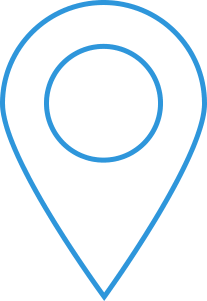 Bartlett Village is a small community located 35 miles west-northwest of Chicago. The area was originally settled in 1843 by Luther Bartlett and his family. In 1844 Luther and his brother expanded their holdings in the area to be 665 acres, which they used for farming.

Things changed in 1873 when the Chicago and Pacific Railroad decided to run a line through the area. It was customary for the railroad to name a depot after the person donated the land for the depot to be built. Luther Bartlett donated the land for the depot, and it was named after him. Later, when the village was incorporated in 1891, they named the town after him as well.

Bartlett continued to grow and prosper and was home to many revolutionary industries for its time, including two telephone companies in 1905. At a time when telephones were considered an ultra-luxury, over 200 homes had phones in the small village. Bartlett remains a very close-knit community today, even though it has grown to a population size of around 40,000 people.

Bartlett Village is home to the largest BAPS Shri Swaminarayan Mandir temple in Illinois. This Hindu temple is an absolute architectural masterpiece. Constructed from over 8,430 tons of imported limestone and marble, this building is breathtaking both inside and out. While religious services are held at the temple, it is open to the public for enjoyment.

Royal Deck is pleased to offer deck construction services to the residents of Bartlett. Royal Deck is a leading provider of custom deck building services. We have been serving the Chicagoland area for over a decade and love what we build.

Royal Deck also builds custom outdoor recreation areas such as gazebos, pavilions, and outdoor kitchen areas. We also build patio enclosures, including those with louvered roofing systems, so that you can enjoy your patio at any time of the year.

If you are ready to add an outdoor entertainment area to your home, Royal Deck encourages you to call for a free estimate for your project. We guarantee that we will provide you a detailed and accurate quote for your project. Our knowledgeable staff members will answer all of your questions while providing your quote and even make suggestions to help you create the best outdoor entertainment area for your home.