Your deck is an extension of your home. It provides an entertainment space, a place to enjoy nature, and a place for quiet relaxation. It is also vulnerable to the ravages of snow, rain, and sunshine. All these factors can weaken the deck over time. A deck collapse could be dangerous, especially if someone were on it or nearby when it happens. Here are five reasons your deck might be in danger of collapse.

One of the most common reasons for deck failure is the ledger board pulling away from the house. Most decks are not freestanding, and when the ledger board fails, it can cause damage to the exterior of your house as well as your deck. This is especially problematic when they were attached using nails. Now, building codes stipulate that they must be attached using bolts or lag screws.

The posts or beams can fail due to rot. If posts are set in the soil without any protection, eventually they will rot to the point where they can no longer bear the weight. Another cause of post and beam failure is the use of undersized components for the anticipated load. Beams that have not been properly maintained can also collapse.

5. Joist and Board Failures

The individual joists or boards can also rot, split, and fail. This might not necessarily make the entire deck ready to collapse, but it can make a portion of the deck structurally unsound and unsafe to walk on. If one section becomes weak, it can also cause adjacent areas to become strained. Decks must be able to withstand changing weight loads caused by peoples’ movements.

Now, you know some of the more common causes of a deck collapse. The best thing you can do to prevent this from happening to you is to keep your deck maintained. You should also have your deck inspected by a professional to make sure it is sturdy and ready for summer fun. While you are at it, you might want to consider checking into deck resurfacing to keep it looking new.

Royal Deck is a custom deck builder in the Naperville and Chicagoland area. We are fully licensed, bonded, and insured. We can also build your louvered roof, gazebo, pavilion, pergola, and perform deck resurfacing. If you have concerns about the structural integrity of your deck, contact us, and we will be happy to come out and do an inspection. 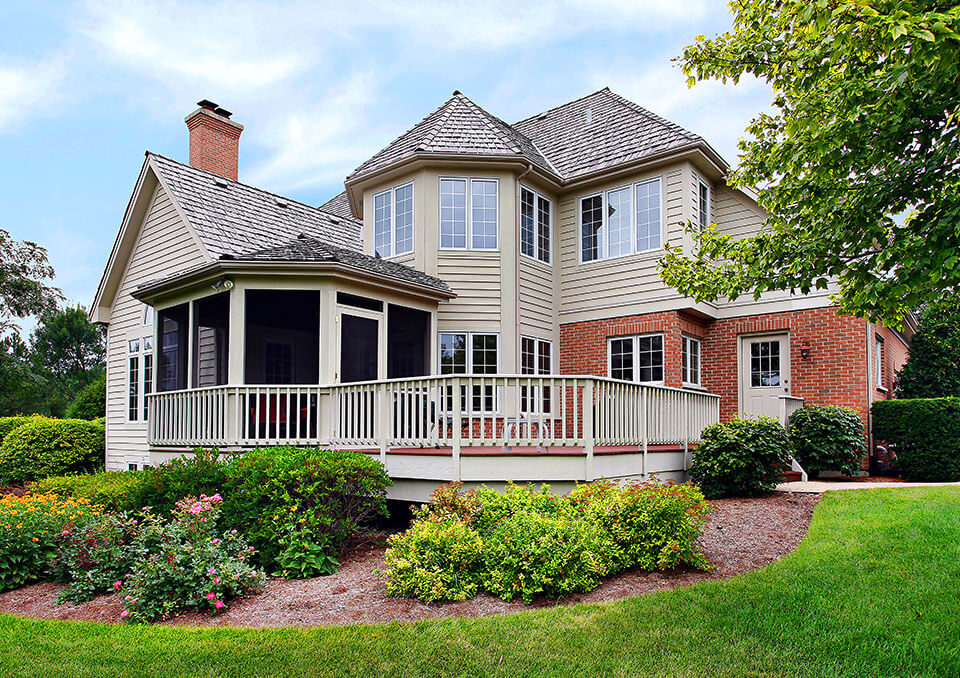 The Many Virtues of Enclosing a Deck